If red "no swimming" flags are flying on Nags Head's beach, a new flash will appear below. 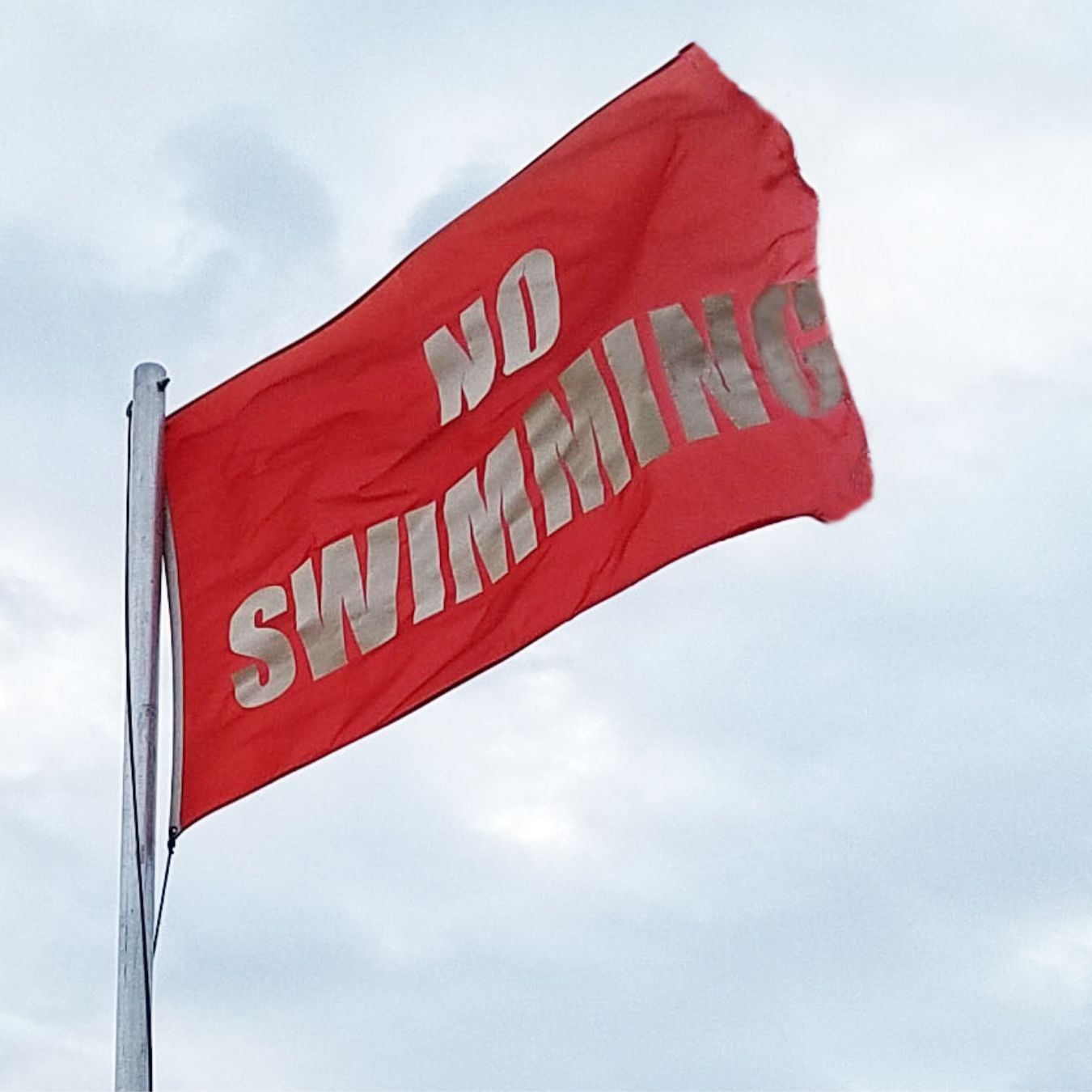 Most waves are formed by wind on the water. Sea waves usually result from storms, often hundreds of miles from shore. Waves are not all equal in size. Sometimes a group of larger waves comes ashore one after another. This is known as a "set" of waves. When waves break, water is pushed up the slope of the shore. Gravity pulls this water back toward the sea.

If it converges in a narrow, river-like current moving away from shore, it forms what is known as a rip current.

Rip currents can be 50 feet to 50 yards or more wide. They can flow to a point just past the breaking surf (the surfline) or hundreds of yards offshore. Some 80% of rescues by lifeguards at America's surf beaches are due to persons being caught in rip currents.

Rip currents may pull continuously, but they can suddenly appear or intensify after a set of waves, or when there is a breach in an offshore sandbar. Longshore currents, inshore holes, and other bottom conditions contribute to the formation of rip currents. Inshore holes and sandbars can also greatly increase the danger of spinal injury.

The sea is a wonderful playground, but you must respect its power. Learn to swim. When swimming, choose an area protected by lifeguards. If you are not a strong swimmer, go no further than knee deep. If you decide to swim, check the conditions first to identify any dangerous currents. Ask a lifeguard for assistance.

If caught in a rip current, try to relax, do not panic! A rip current is not an "undertow" - it will not pull you under. Do not try to swim against the current as this is very difficult, even for an experienced swimmer. If you can do so, tread water and float. Call or wave for assistance. You can also try to swim parallel to shore until you are out of the current, then swim directly toward shore.